The project seeks to document the ways in which Mexican or bi-national families residing and/or working (within the same time-frames) on both sides of the Mexican-American border experience and manage different monetary and social currencies. This, we expect, will shed light on the complex nature of money and currencies, helping us tease out different forms of signification and valuation. The 12 month ethnographic study will be carried out in two dissimilar localities: One involves commuters between Calexico in the US and Mexicali in Mexico. The other is the rural community of Sabinilla, in Jalisco, Mexico, which is closely linked to its diaspora in Hawaii. 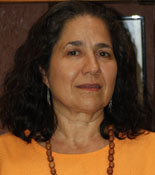 Magdalena Villarreal is senior researcher and professor at the Mexican Center for Advanced Research and Postgraduate Studies in Social Anthropology (CIESAS Occidente) and member of the National Research System and the National Academy of Science. In 1994 she graduated Cum Laude at Wageningen University in the Netherlands. She has been visiting professor at the Centre for Development Research in Copenhaguen, at the University of Wageningen in the Netherlands, the University of California at Santa Barbara and the University of Texas at Austin. Her research projects have focused on issues of social policy, gender, migration, finance and money from an anthropological perspective, within diverse scenarios, including California, Western and Southeastern Mexico and Honduras. Her most recent publications include: Antropología de la Deuda: Crédito, Ahorro, Fiado y Prestado en las Finanzas Cotidianas; 'Eratic hopes and inconsistent expectations: A critique of economic thinking on alternatives to poverty'. Mujeres, Finanzas Sociales y Violencia Económica en Zonas Marginadas de Guadalajara, Microfinance, Debt and Overindebtedness (with Guerin and Morvant-Roux), Las microfinanzas en los intersticios del desarrollo: Cálculos, Normatividades y Malabarismos (with Angulo), Las deudas de los oprimidos en el imperio de la liquidez. Revista Desacatos. (coord), and Los Retos de la Política Pública ante el Envejecimiento en México (with Enríquez). 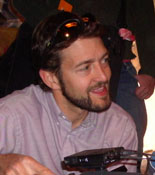 Joshua Greene moved to Mexico in 2007 to engage in anthropological research after 10 years working as an investigative journalist in West Virginia and Cleveland, Ohio. From 2010-2012 Greene completed a 5-generational migration history in a small community in Jalisco, Mexico, where residents have migrated to Hawaii for 50 years. From 2012 to 2014 Greene completed a Masters in Global Policy at the LBJ School of Public Policy at The University of Texas. This year he has returned to the rural community in Mexico for a close examination of how residents navigate between the local economies of Hawaii and their village as well as how these interface with other circuits of value.

Lya Niño is a Mexican sociologist and completed PhD at the Autonomous University of Sinaloa in México in 2005. She is currently professor and senior researcher at the Institute of Social Research in UABC. Her main areas of interest are the use and different uses of money, debt, social differentiation (in particular gender, nationality, race and generation), transmigration between Mexicali/Calexico, and national migration.

Juggling Currencies in Transborder Contexts: Field Notes from Sabinilla and Calexico  (Part I)

3. Link to their video, "Juggling Currencies" (40 minutes) - An anthropological look at how people in two border contexts manipulate, manage and exchange money and social currencies. The video concludes that people simultaneously manage multiple currencies, normative frameworks and legal contexts and that getting by implies "juggling" currencies.