The rollout of Unique Identification (known as Aadhaar or UID) numbers and cards for every Indian might be a financial inclusion game-changer by offering urban rickshaw pullers the means to meet banks' Know Your Customers (KYC) norms. Similarly, the mobile money services offered by several banks using the business correspondent (BC) model could address the financial needs of these poor migrants. These processes, however, are riddled with challenges, including behavioral changes among the rickshaw pullers, which are yet to be understood. This study attempts to use an unorthodox route of social activism cum experimental research to find answers to these concerns by providing handholding support to rickshaw pullers to facilitate their financial inclusion, while simultaneously documenting behavioral changes and the challenges they face in the transformational process to obtain access to formal financial services. 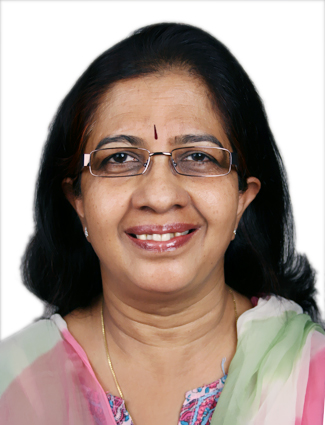 Mani Arul Nandhi is an Associate Professor in the Department of Commerce, Jesus and Mary College, University of Delhi. She holds an MPhil degree in Marketing from the Department of Commerce, Delhi School of Economics and a PhD from the Faculty of Management Studies, University of Delhi. Her areas of research interest include microfinance, financial inclusion, urban poverty, and mobile banking. She has been awarded grants before from IMTFI for her studies on the financial behavior of cycle rickshaw pullers in Delhi and the impact of EKO mobile banking on low-income users in Delhi.

Deepti KC has a Bachelor’s degree in Civil and Environmental Engineering from the National Institute of Technology (NIT) in Jaipur. After completing her degree in India, she moved to the US to pursue her Master’s degree in Environmental and Public Health Engineering. She also has a Master’s degree in Fundraising Management and Nonprofit Administration from Columbia University in New York. She is currently working as a Senior Programme Manager at the Centre for Micro Finance (CMF) at IFMR Research. She joined CMF as a Programme Manager of Microfinance Researchers Alliance Program (MRAP), a research capacity development programme for Indian professors. Prior to joining CMF, she worked as a Project Coordinator at Columbia University Medical Center, New York where she oversaw a large population-based cohort study. Her current research areas focus on livelihoods, microenterprises and financial inclusion of the poor.

2. Link to their blog post: Barriers to Mobile Money Adoption Among Rickshaw Pullers in Delhi, Part one and Two.

4. For information on Mani Arul Nandhi's project from 2011 click here.