In recent years there has been a lot of interest in the state of digital innovations in the global South. As work in this area has progressed, commentators have moved beyond studying the uptake of such innovations toward exploring their contributions, setbacks, and ability to overrun structural conditions of the South. Less attention, however, has been paid to their impact on rurality and rural life, identity, and community. In this project, I seek to show how with the emergence and dispersion of mobile money services 'the rural' has attained a certain kind of dynamism and fluidity, and a whole new identity through varied features of lifestyle, community, traditions, and landscapes. I ask: [1] how (and what) are the emergent mobile finance options shaping social life of groups and communities most at risk of rural poverty and social exclusion; and, [2] what forms of identity, community, and lifestyle are emerging around mobile money products and services in geographically remote territories in Southern Uganda? To answer these questions, I seek to adopt a small-scale and brief fieldwork approach, deploying multi-sited ethnographic cum interpretive research methods. Together, these methods will make an important methodological and substantive contribution toward facilitating observations as well as verbatim accounts of the poorest of the poor in remote settlements who are not 'automatically' reached by government and community financing initiatives. The project hopes to invite further debate on this important phenomena. 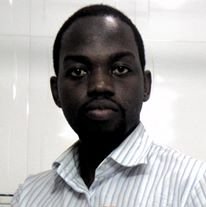 Prince Guma is a scholar-activist. He possess an M.B.A. (International Business), M.A. (Public Administration), and B.A. (Sociology/Social Sciences). He has also participated in other academic training programs as a Laureate in the 6th South-South Institute [CLACSO]; Gender Institute on African Sexualities (CODESRIA); and the SOAS Mo Ibrahim Residential School, to mention but a few. He has membership in reputable professional associations and research institutions such as the Peter Drucker Society in Vienna; the Council for the Development of Social Science Research in Africa (CODESRIA) in Dakar; the Center for Basic Research (CBR) in Kampala; and the Social Economic Research and Development (SERD). Moreover, he is an independent researcher, consultant, and recognized philanthropist. He has independently engaged in ethnographic surveys and authored peer reviewed articles with reputable journals. Outside of academia, Prince has worked as a chairperson and volunteer for local and regional organizations in Uganda and East Africa respectively. He is the author of two books and numerous articles. Major research projects have looked at e-government projects, administrative and institutional reforms, social movements, and urban infrastructure systems. He is a HF Guggenheim Foundation 'Young African Scholar' for 2013/2014.