Overseas remittances are a major source of income for developing countries and for families who have embraced overseas migration as a livelihood strategy. Overseas migrants’ origin countries like the Philippines have seen their overseas migrants send voluminous remittances to their birthplaces, especially rural hometowns. But have rural hometowns been a conducive place to invest in? Meanwhile, financial inclusion—the access to financial services and products—comes into the picture for moneyed overseas migrants and their families, especially since remittances can easily be a push for remittance senders and recipients to relate with financial institutions. However, even with remittances from abroad, there are still a visible number of Filipino families (migrants and non-migrants) who are unbanked. For the migrant sending--and the family receiving--remittances, financial inclusion can be a gentle push for using their incomes for savings, business, and investment. For the birthplace, vibrant socio-economic activity becomes relevant for migrants and non-migrants—including the presence of financial institutions.Through a mixed methods research tool called the Remittance Investment Climate Analysis in Rural Hometowns (RICART) that the proponents pioneered and implemented in three municipalities in the Philippines, this proposed research project aims to determine if financial inclusion is a factor for remittance recipients’ investing in their rural hometowns. A survey of migrant remitters, families of overseas migrants, and non-migrant families, a rapid rural appraisal of a municipality’s socio-economic and investment conditions, and a phenomenological method will be implemented. This proposed research will be done in the municipality of Guiguinto in Bulacan (north of Manila) that is said to be successful in getting local revenues. Guiguinto also has an active cooperative sector and six banks. 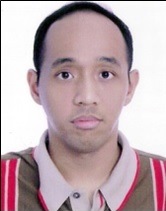 Jeremaiah M. Opiniano is coordinator and Assistant Professor of Journalism at the University of Santo Tomas in Manila. He has 14 years of experience as a nonprofit worker in the Philippines’ international migration sector, especially as Executive Director of the Institute for Migration and Development Issues (IMDI). Mr. Opiniano has done research and consulting work on international migration and development on behalf of the Institute. He had also published papers and some books/monographs on international migration and development in areas such as: migration-and-development policy, migration management policy, overseas remittances for development (e.g. migrant philanthropy, migrant investment), migration-and-development statistics, and migration-and-development processes such as agriculture and rural development, domestic employment, social protection, local governance, entrepreneurship, and population-and-development (PopDev). On behalf of the Institute, Mr. Opiniano had done consulting projects for the German International Development Cooperation (GIZ) and the International Organization for Migration (IOM). Together with economist Dr. Alvin Ang of UST, Mr. Opiniano developed a research tool called the Remittance Investment Climate Analysis in Rural Hometowns (RICART) that aims to assess the conduciveness of rural birthplaces for overseas remittances’ investment and entrepreneurial potentials. RICART won for Dr. Ang and Asst. Prof. Opiniano the grand prize (Japanese Award for Most Outstanding Research in Development) in the 2011 Global Development Awards and Medals Competition, organized by the Global Development Network (GDN, www.gdn.int). He has a M.A. in Professional Studies (MPS) in Development Communication from the University of the Philippines.

Alvin P. Ang is an economist and the Director for Economic Research and Development at Ateneo de Manilla University (since 2014). He has also taught at the University of Santo Tomas in Manila. He also currently serves as treasurer of the Philippine Social Science Council (PSSC), the country’s largest network of social science organizations. Dr. Ang’s ascension into the board of PSSC is largely due to his being immediate past president of the Philippine Economic Society (PES) in 2013. At UST, he is Full Professor of Economics and was a former director of the Research Center on Culture, Education, and Social Issues (RCCESI). Dr. Ang has done research and consulting work for Philippine government agencies (e.g. Departments of Social Welfare and Development, Labor and Employment, Trade and Industry) and for multilateral organizations’ Philippine offices (e.g. Asian Development Bank, European Union, International Labor Organization, United Nations Development Programme). He specializes in the economics of international migration. His studies cover overseas remittances and rural development, migration policy, migration and human development indicators (e.g. education), and migration statistics. Together with IMDI executive director and UST Journalism Instructor Jeremaiah Opiniano, Dr. Ang has developed a research tool called the Remittance Investment Climate Analysis in Rural Hometowns (RICART) that aims to assess the conduciveness of rural birthplaces to overseas remittances’ investment and entrepreneurial potentials. RICART won for Dr. Ang and Prof. Opiniano the grand prize (Japanese Award for Most Outstanding Research in Development) in the 2011 Global Development Awards and Medals Competition, organized by the Global Development Network (GDN, www.gdn.int). He has a Master’s in Public Policy (MPP) from the National University of Singapore (NUS) and a Ph.D. in Applied Economics from Osaka University.

Is the Rural Hometown a Worthwhile Investment?

Link to the blogposts:

Part I: A PHL strategy on financial inclusion: More on the means than reversing mindsets?

Part II: Is the Rural Hometown a Worthwhile Investment?