Exploring Rosca Dynamics with a Cambodian Factory Worker Board Game

The concept of Rotating Savings and Credit Associations (Roscas) has fascinated economists and anthropologists for many years. The altruistic dynamic of social capital involved in these tight knit groups has provided an interesting comparison to credit markets. An example of one variation, the bidding Rosca adds another element with the pool of funds provided to the participant with the highest interest rate bid. These bidding Roscas are common among Cambodian garment factory workers where they are known as Tong Tin groups (from the French ‘Tontine’ group conceived in the 18th and 19th centuries). In this project a Tong Tin Rosca game is being developed where players take the role of a garment factory worker and decide whether to borrow from the Rosca each month or continue saving and how to spend their money on outstanding needs with consideration of their other limited assets. The game could be comparable to the Monopoly board game and its portrayal of the property market. Once developed the game should be playable as a tablet app and in physical card form. Notably, the tablet app is being developed via a competition for computer science students at UC Irvine.The Rosca simulation can then be played firstly by Cambodian garment factory workers to gather data and explore the dynamics of their financial decision making including its relation to their demographics, incomes and other characteristics. Understanding these dynamics could lead to innovation in microfinance product design that can provide the benefits of Roscas without the high level of risk. Additionally, wider release of the game online may provide an educational benefit to those wanting to learn the concept of Roscas plus gather behavioral data generally to understand how financial group decision making may differ cross-culturally. 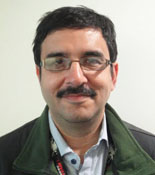 Professor Pushkar Maitra is presently a faculty at the Department of Economics, Monash University, Australia. His research interests include development economics, applied econometrics and field experiments. His specific research interests include microfinance, human capital and skill accumulation, relationships between groups in segmented societies and behavior change. He has published extensively in refereed international journals like Review of Economic Studies, Journal of Development Economics, Journal of Health Economics, Journal of Applied Econometrics and Economics Letters. He has successfully obtained research grants from the Australian Research Council, AusAID, International Growth Centre and USAID. He has extensive experience in designing and conducting field experiments and RCTs in developing countries. 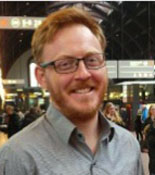 Andrew Crawford is an Adjunct Research Associate in the Department of Banking and Finance at Monash University, Australia. He began research in microfinance at Monash and moved to Cambodia in 2010 as an AusAid Youth Ambassador based at the Cambodia Microfinance Association (CMA). Over two years he assisted CMA developing their technology capacity including a website and microfinance data exchange. Simultaneously he conducted research into the profitability and outreach of Cambodian microfinance while also studying the Cambodian language. Since 2012 he has continued microfinance research work and presented conference papers at the University of Agder, Norway, the University of Surrey and the University of California, Irvine. Previously he also worked as a Research Assistant at the Australian Centre for Financial Studies to help develop the historical Australian Equity Database. He managed a previous Institute for Money, Technology and Financial Inclusion project in 2014/2015 on Financial Education via Television Comedy. Currently, Andrew is studying for a Masters of Politics, Philosophy and Economics at the University of Hamburg. 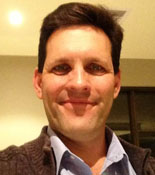 Professor Paul Lajbcygier holds a joint appointment as Associate Professor in the Department of Banking and Finance and the Department of Econometrics and Business Statistics, Monash University, Australia. Paul has conducted research in investments, asset pricing and retirement systems at amongst the best Universities and Business Schools in the world such as The University of Oxford, London Business School and the Stern School of Business, and New York University where he has held senior visiting research, visiting scholar and paid research positions. Since 1995, Paul has authored over 80 academic papers and obtained over $12 million in government grants, industry linkage grants and corporate payments in-kind. His published work has hundreds of citations, many in prestigious academic journals. He has sat on over 10 journal editorial boards and conference program committees and has reviewed papers for many prestigious journals.  He has supervised over 20 Honours, Masters and PhD students. He has won awards both for his research and teaching.

Link to the blogpost: New ROSCA Board Game at the Mekong Financial Inclusion Forum