This research studies how recent developments in mobile banking are inscribed in and are contributing to the transformation of existing networks, practices and perspectives of social protection (in terms of help in times of need and provision for future scenarios) in two rural areas in Colombia. The question of how have rural families engaged in social protection, what are they doing now and what are their perspectives for the future become important in the context of Colombia where the majority population employed in the informal economy particularly in rural areas rely heavily on family networks. Two processes have particularly affected the dynamics of social protection in the areas (Montes de María and Putumayo) this research focuses on: the armed conflict with its impact on local economies and the displacement of families forced to reconfigure across different territories, and government programs such as conditional cash transfers that have brought these populations into the realms of formal banking, first through banking correspondents and now through mobile banking. Inspired by Dorothy Smith’s conception of the sociological endeavor, the aim of this research is to construct a map that would help different actors locate themselves in an actual context. The first stage of this research consists in a series of interviews and informal conversations with local functionaries and recipients of government transfers in which both their experiences with mobile banking and social protection will be discussed. In the second state, three families in each locale will be selected for more in-depth study where the researcher and family members will collectively reconstruct, with the help of social network methodologies, their practices of social protection and the role mobile banking is playing and can play in these evolving arrangements. 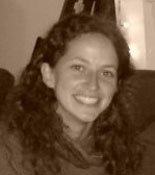 Maria Elisa Balen is interested in the sociology of money, critical accounting, perspectives of governance and the sociology of knowledge. In the past she has worked in various social programs with an emphasis in education including a transition program for youths to go back into school, a rural libraries network, and a program to promote the engagement of students with public policy. In her PhD she researched the implications of a conditional cash transfer program in Colombia, analyzing techniques and experiences surrounding information production, money/finance, women’s empowerment and changing modes of politics. She has been active in discussions around the role of conditional cash transfer programs in changing social protection systems in various scenarios including the Second ISA Forum of Sociology in Buenos Aires (2012) and the Colombian XI National Sociology Congress in Medellín (2014), having recently co-authored an article on the subject entitled “Policy Transfer: an invitation to revisit the work of Latour, Star and Marres” (2015). She holds a bachelor degree in History from the Universidad Nacional de Colombia, and an MSc and PhD in Sociology from the University of Bristol. In her present capacity as an associate researcher of the Grupo de Protección Social at the Universidad Nacional de Colombia, she is carrying out a comparative study of mobile banking regulation in Bolivia and Colombia. 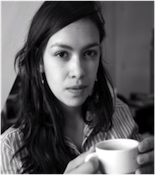 Andrea Beltrán is interested in the sociology of public action. She has experience in methodological design and the implementation of studies for alliances between the public and civil sectors. Currently, she teaches political sociology and qualitative research methods at Universidad Externado de Colombia. She also works as a researcher of the Grupo de Protección Social at the Universidad Nacional de Colombia, where she is carrying out research on the role of the state in the production and reproduction of territorial inequalities. She holds a masters degree in Sociology from Paris 8, in France, and a BA in Government and International Relations from the Universidad Externado de Colombia. 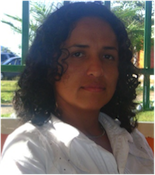 Rosa Guerrero Zambranohas experience with rights work related to the environment and the human rights of women, particularly those who are victims and in a situation of forced displacement. She is a Technician in Sanitation from the Instituto Tecnológico de Putumayo, has worked with various organizations including the Red Cross and MINGA, and is co-founder of Fundación ARCA which works for the promotion of animal rights.  She has abilities in new technologies and the production of different communication media (newsletters, blogs, etc). 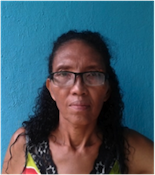 Sonia Laguna is a community leader in the municipality of El Carmen de Bolívar in Montes de María, Colombia. A former schoolteacher, she has been involved in local women’s groups including the citizen's oversight for the conditional cash transfer program called Familias en Acción and the mutual health organization Mutual Ser. Sonia combines her community engagement with her work as a seamstress.

Read Maria Balen's Final Report, "The Mobile Money Revolution That Has Not Come"

May 4th Forum (includes schedule): 'Opening the economy': Debates about Financial Inclusion: between profitability and over-indebtedness

Link to the blogposts:

Can I try again? Working with research participants as they map their networks

The Mobile Money Revolution That Has Not Come: Report on Displaced Peasant Families in Rural Colombia