To Send or to Carry? Gendered Evaluations of Formal and Informal Remittance Practices in Migrant-Origin Villages in Central Java, Indonesia

This project will investigate gendered evaluations of remittance practices between Indonesian transnational labor migrants and their rural non-migrant kin and peers. In 2013, Indonesia received USD 7.4 billion from 6 million migrants abroad. Official remittance numbers underestimate informal physical cash or gift transfers. While migrants contribute to the national economy, they are also vulnerable to financial exploitation and extortion by recruitment and travel agents, insurance companies, local and foreign police, immigration and customs officers. To reduce these risks and potential cyclical poverty, the Indonesian government, alongside international and national financial institutions, funded financial education programs in rural migration-origin villages. These programs encourage villagers to use digital platforms for payment and money storage. However, our preliminary research shows that villagers still evaluate migrants’ journeys as “successful” or not based on how much cash they physically carry back to Indonesia. Our study seeks to understand why do migrants and their kin privilege carrying rather than sending money home despite the high risks associated with physical cash transfer, and widespread availability of digital payment services in migrant-origin villages and destination countries. Furthermore, these expectations and evaluations differ according to migrants’ gender. Besides mistrust and less familiarity with digital platforms, we hypothesize that key factors include gendered moral evaluations of migrants’ “success” and “failure”. Gossip and mistrust of female migrants’ moral behavior overseas often mean that women strive harder to prove themselves as diligent daughters and faithful wives.The visible and tangible aspect of cash may influence villagers’ evaluation of women’s migratory success versus men. Based on ethnographic fieldwork in two migrant-origin villages in Central Java, and interviews with relevant authorities, this study will contribute to understanding gendered remittance behavior in developing countries. It will highlight obstacles and possibilities for migration as a poverty-alleviating strategy in Indonesia and other developing countries. 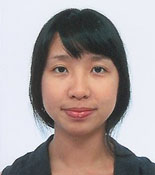 Carol Chan is currently completing her doctoral dissertation project in Anthropology at the University of Pittsburgh. Her work focuses on the gendered and moral perceptions and experiences of development, failure, and violence in migrant-origin villages of Central Java, Indonesia. She has been a Chancellor’s Research Fellow at the University of Pittsburgh, and a visiting scholar of the Center of Asia-Pacific Studies, University of Gadja Mada in Yogyakarta, Indonesia. Her journal article “Gendered Morality and Development Narratives: the Case of Female Labor Migration from Indonesia” was recently published in Sustainability 6 (10): 6949-6972.

Link to the blogpost: Valuing Migrants and their Money