Separate self, interdependent self and new financial technologies - Lessons from rural southern India

In rural southern India, the financial landscape has seen tremendous change over recent years. Social benefits, which are widespread, are now paid into bank accounts. Ten years back, most poor rural households had never had contact with a bank (this was especially the case for Dalits, women and some workers, such as bonded laborers). Today, however, they don’t have a choice. Most now have bank accounts and ATM cards. What difference will this make? This research project will look at this through two complementary sets of questions. The first set of questions deals with changes in financial behaviors and will draw on a longitudinal household survey (the same households surveyed in 2010 will be surveyed again). Are bank accounts only used to receive social benefits or are they also used to save and manage daily transactions? The use of banking financial transactions will be quantified, compared to 2010 data and disaggregated by caste, gender, occupation, location and upward mobilities of the respondents. The second set of questions deals with the consequences on social relations and ‘world views’. Bank accounts and ATM cards are not only technical tools, but also convey a particular vision of the world, based on a specific accounting system in the service of separate individuals. This vision of the world goes against the customary financial practices of constantly juggling with money and social relationships, where money (including quasi money such as gold), debt and saving are the expression of relations of interdependency (whether based on hierarchy and exploitation, or on solidarity and reciprocity). To what extent does the introduction of new financial technologies impact pre-existing visions of the world, and how do these two regimes of value interact and coexist? Here too, particular attention will be given to Dalits, women and bonded laborers. 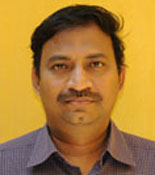 Venkatasubramanian Govindan is a Permanent Research Engineer at the Department of Social Sciences, French Institute of Pondicherry. He received his PhD in Sociology from Pondicherry University, India. He has been involved as a research associate in various research projects on issues related to rural employment and micro-finance in India with the Agence Nationale de la Recherche and the International labor Organization. He has had extensive fieldwork experience that spans more than 15 years and has conducted in-depth qualitative and quantitative survey in rural and semi urban areas of India on migration, household indebtedness. His research interests and involvements encompass household circumstances with reference to work opportunities, income, health, savings and borrowing practices, sources of lending, employee-employer relationship, rural financiers and chit funds and mobilization of financial resources. 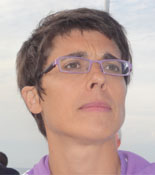 Isabelle Guérin is a Senior research fellow at the Institute of Research for Development/ Centre d'études en sciences sociales sur les mondes américains africains et asiatiques (Cessma), and an associate researcher at the French Institute of Pondicherry (India) and at the Centre for European Research in Microfinance (CERMi, Belgium). She specializes in the political and moral economics of money, debt and finance. Her current work focuses on the financialisation of domestic economies, looking at how financialisation produces both new forms of inequalities and domination, but also alternative and solidarity-based initiatives. She has published two monographs (La microfinance et ses dérives. Emanciper, discipliner ou exploiter? Paris, Demopolis, 2015 ; and Femmes et économie solidaire, Paris: La Découverte, 2003). She has jointly edited a number of books and special issues of journals. She also regularly publishes in development studies journals such as World Development, Journal of Development Studies, Development and Change among others.