Managing, negotiating, and converting “currency” in daily life in a multicurrency environment of Zimbabwe

At the peak of the collapse of the Zimbabwean economy in the year 2008, inflation levels reached a world record of 250 million percent. This led to the total collapse of the Zimbabwean currency and the whole of the formal money market and the rise of the informal money changing systems. The adoption of the multi-currency system in the year 2009 following the budget announcement by the then Minister of Finance was defined as a watershed period in terms of monetary policies not only for the country but the whole of Southern Africa. Multicurrency was defined as an adoption of foreign currencies that included the United States dollar, British pound, South African rand and Botswana Pula as official currencies of Zimbabwe operating in the same economy. The Zimbabwean dollar was abolished through the adoption of this system. In this study, we ask the following questions: What were the new socio-economic dynamics that emerged in balancing and negotiating these currencies? What new configurations were created by people in order to make sense of the prevailing system money ecosystem? What new narratives were formed in the monetary interaction between rural and the urban population in Zimbabwe, and  how does mobile money interface and influence traditional perceptions on money and the value it has? The study will make use of detailed comparative ethnographic engagements between Harare (Urban setting) and Chivi (Rural Setting). The study will facilitate an understanding of the Zimbabwean multi currency money ecosystem through situating the explosion of mobile money and how it has shaped and reshaped perceptions of people around money and its value. 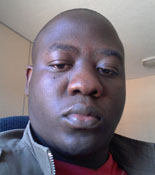 Innocent Tonderai Mahiya is a final year PhD student at Rhodes University studying food security among the small scale farmers in Hwedza. Innocent holds a Masters in Sociology and Social Anthropology both from University of Zimbabwe. He is currently the Departmental Chairperson at Women’s University in Africa where he also teaches Introduction to Sociology, Qualitative Research Methods among other courses. He has been a lecturer in Sociology Department since 2010 to date. Innocent is well grounded in livelihoods of the poor and social dynamics created by uncertainties in both rural areas and urban areas having spent the last three years preparing for a PhD in the same area. His research interests include social dynamics, money and livelihoods of the poor and qualitative research among other areas. 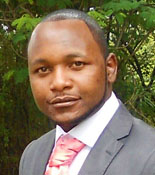 Simbarashe Gukurume is a doctoral fellow at the Institute for the study of Humanities in Africa (HUMA), University of Cape Town. He holds a BSc degree in Sociology and an M.Sc in Sociology and Social Anthropology from the University of Zimbabwe. From 2010 -2014, he worked as a lecturer at Great Zimbabwe University in the department of Sociology and Social Anthropology. He has been a Graduate Teaching Assistant at University of Zimbabwe (2008-2010). His research interests focus more broadly on money and its intersections with prosperity gospel, consumerism and livelihoods. His current research project focuses on mobile money transactions in a multi-currency environment in Zimbabwe.

Link to the blogpost: Negotiating and Converting Money in Zimbabwe's Multicurrency Environment