Cross-border Transfers as a Strategic Tool to Promote the Diffusion of Mobile Money in Rural Areas. The Case of Burkinabe Diaspora Living in Ivory Coast

The recent launch of mobile money services are acknowledged to facilitate cross-border remittances and to foster mobile banking development in several West African countries. The Ivory Coast and Burkina Faso are among the few countries where such services have recently been implemented target one of the largest diaspora in Sub-Saharan Africa (1.3 million people). The main objective of this project is to capture the impact of such services on remittances practices by focussing on their uptake by both Burkinabe migrants settled in Ivory Coast who send remittances, and their family members in Burkina Faso who receive these remittances.  The project will rely on a multi-sited socioeconomic approach and a matched samples survey conducted with both migrants workers and farmers in Ivory Coast and with migrants’ family fellows in rural areas of Burkina Faso. In addition, this quantitative analysis will be complemented by a geo-mapping of mobile banking services and a set of qualitative in-depth interviews with an extensive range of key actors and intermediaries.The objective of the study is to throw light on the broader question of the role played by diasporas in the adoption of new information technology solutions among rural populations in Sub-Saharan Africa. 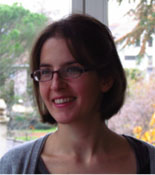 Solène Morvant-Roux is lecturer and researcher at the University of Geneva, Switzerland and research associate at the Cermi, Belgium. She holds a Masters degree from La Sorbonne (Paris, France) and a PhD in economics from Lyon Univeristy, France. As a PhD candidate she was research fellow at the Centre d’Etudes mexicaines et centroaméricaines, Mexico, (CEMCA). Since then she has been involved in several research projects on microfinance in Morocco, Mexico and in the Dominican Republic. Her current research themes include: financial inclusion and social policies, financial practices, over indebtedness, rural credit markets. 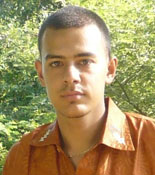 Simon Barussaud is a  teaching assistant in French and Burkinabe at the Global Studies Institute at the University of Geneva, Switzerland. He holds a Master's Degree in Socioeconomics and a Bachelor Degree in International Relations. He is presently completing his Phd on Entrepreneurship Policies and SME development in Burkina Faso. His research interests include Entrepreneurship Promotion, SME Development, Financial Innovation and Mobile Money diffusion. He has collaborated with different organisations both in Europe (Global Studies Institute, International labor Office) and in West Africa (CAPES and MEBF) in the areas of his interest. He has also conducted geo-marketing studies and socioeconomic surveys on Mobile Banking adoption for Airtel Burkina (TELCO's). 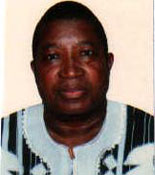 Dr Dieudonné Ilboudo is a Burkinabe researcher at the National Centre of Scientific and Technological Research in Ouagadougou (CNRST/INERA). He has a PhD in Sociology and Migration Studies from the Houphouet Boigny University in Abidjan (Ivory Coast). He got his Master's Degree at the Science and Technic University of Lille (France). He is deeply engaged with issues related to land and property institution (ONF) and has collaborated in many strategic land reforms at different levels both regional and national (RAF and SNAT). He is also actively involved in issues related to social change and diffusion of technological innovation in rural areas. The socioeconomic impact of mobile money diffusion in rural areas is among his recent research interests and endeavours.

Read more in their Final Report

Link to the blogpost: The Last Mile or The Informal Ecosystem for Balancing Monies

In keeping with IMTFI's dissemination efforts and commitment to inclusive conversations and dialogue around the research of money, the institute is pleased to have supported the following video of highlights from the 5-day Learning Event in Abidjan, based on this research project. For those working on remittances, this video is a significant resource for researchers in academia, industry and policy who want their interventions to be guided by data and perspectives and evidence from people's lives.