This project will explore whether mobile phones help smoothen consumption expenditure among the poor with irregular income streams. It intends to do a qualitative study in Sri Lanka to assess adoption and impact of such services within the economic, social and cultural context of the identified group. It is a qualitative project based on a comparison among people living in three different social settings: one urban, one rural, and one plantation/residential agricultural estate. 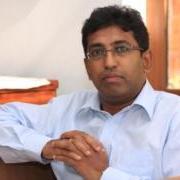 Harsha de Silva holds a PhD in economics from the University of Missouri, Columbia with a focus on development finance. He is a development economist focusing on leveraging information and communications technology [ICT] in creating efficiencies in agricultural and financial markets in Asia. As lead economist of regional think tank LIRNEasia and as consultant with International Development Research Centre and several other multilateral development agencies, Harsha is involved in a number of regional studies to advance the knowledge and understanding of the role of ICT and related infrastructure in connecting the poor with markets. Harsha has also worked for the Government of Sri Lanka, co-founded Sri Lanka's largest market research agency now referred to as Nielsen Lanka and been the chief economist of Sri Lanka's premier development bank.

Irregular streams of income, be it due to lack of skills or availability of work contribute towards people falling in to or unable to climb out of income poverty. In this background the very poor have to often bridge regular cash deficits to meet essential expenditure by obtaining small loans. Robinson (2001) in the book "Microfinance Revolution" points out that they usually obtain these loans from informal sources including retail shops. On the other hand in instances where poor is cash surplus [which Robinson (2001) points out is contrary to what most people think; that the poor do not or cannot save], small savings are made in informal institutions or in non-financial form. In the developing world numerous innovations are being introduced on mobile phone platforms to cater to the needs of the financially constrained population. Among important emerging application are 'transformational' financial services; targeting those hitherto excluded from the formal financial system. This genre of applications, referred to using the catch-all term m-finance takes a variety of forms from payments for small purchases to making micro-savings. Thus with the possibility of storing and transferring funds among the community it could well be that people could engaging in buying from and selling to each other 'value' to manage surplus and deficit situations. Perhaps it may be more accurate to categorize this activity as operating a 'quasi checking account' or a 'quasi debit card'. In this background the broad research question was to determine if and how m-finance services could help smoothen consumption expenditure among the poor with irregular income streams.
A qualitative study was conducted among fifty-four mobile phone using (either their own or shared) 'poor' male and female respondents in the 18 - 50 age group in three geographical locations: urban areas of the capital Colombo; rural areas in Northwestern Kurunegala; and in the tea plantations in hilly Nuwara Eliya. The 'poor' in this case was defined as those with an average individual household income of less than 1 USD per day having an irregular income pattern.
Household income and expenditure The urban poor living in Colombo were involved in low-level casual work such as selling vegetables on the road-side or engaged in whatever work they can find during the course of the day for which they receive a daily payment.  In many instances, these people worked less than 20 days per month. In Kurunegala the poor were mainly engaged in small-scale tenant farming and given lack of access to irrigation systems they depended entirely on rain. For this reason, farming was not a full-time occupation and they also were always in the lookout for other casual work such as assisting masons and carpenters and other ad-hoc daily work. We found that being tenant farmers, after giving the share of the harvest to the landlord, they were left with small quantities of their harvest. In the tea plantations the main occupation was related to tea-plucking. In addition, we they also worked in small-scale home gardens and in a few instances kept cattle.  We found the availability of work and thus income depended largely on weather conditions; as they could work 4-5 days of work in dry weather which could decline to just 2 days a week during in rain.
On average, it was found that the poor we spoke to needed about USD 3 a day for a family of 4 or about USD 5-6 a day for a family of 6 to barely cover their daily activities. However, they seem to manage their day with whatever they earn. Most of the families cooked one meal per day, which was invariably rice with one curry. Even though their lives were hard, we found them to be averse to debt for a two main reasons: one, they were aware that they were unable to repay the loans without a regular income; and two, the people from whom they could borrow, such as their neighbors, friends and relatives were often as poor as they were. But when circumstances drove them to borrow, they obtained small amounts ranging from USD 10-15 from their neighbors, friends and relatives. In case they needed higher amounts ranging from USD 50-100, they went to informal money lenders at interest rates of 10-20 percent per month. But these borrowings were not for their main daily need.
Their primary expenditure was on food with most of them purchasing food on a daily basis; typically from a nearby small shop, termed a 'boutique'. We learnt that the majority of the poor we spoke to borrowed necessary food items from these shops on agreement to repay during an arranged period.  These types of borrowings seemed to depend on the relationship and trust between two parties in the same neighborhood, in which social capital and social networks were relatively strong.
Many of those who spoke to had savings accounts with the banks due to the fact they had registered for the Government poverty alleviation program but no regular savings were going into these accounts. Therefore, not surprisingly, they had very little savings. Sometimes even when they earned a higher income than usual in a day, it was very difficult to divert the extra earnings into the savings account because then they needed to pay off loans or collect for monthly utility payments in case they had 'legal' connections. Even in the rare case of being able to save a USD 1 the transaction cost of that saving was usually higher than the amount saved thus discouraging such micro savings.
Use of mobile phones Urban, rural and estate poor demonstrated many similarities in the usage of mobile phones. Most had pre-paid connections and reloaded their account for USD 0.50 to USD 1 at a time which lasted for approximately 1-2 weeks. They used the phones to make voice calls for essential purposes to keep the costs at a minimum. They also used much cheaper text messages (short message services or SMS) more regularly. Answering incoming call did not attract a charge so they were not concerned about answering longer calls. We found that mosthad been using mobiles phones for many years and already realized benefit. For instance a male from Colombo said "In 1999 I purchased my first mobile phone. At that time I worked as a three-wheel taxi driver. I felt the need for a mobile phone as I found it easier for my customers to contact me easily and to ask me to pick them up at any place.” It was also found that some bought mobile phones to contact relatives working in the Middle-East who provide them with financial support. The discussions revealed that mobile phones helped them keep in touch with their friends and relatives and they also helped them obtain information about the availability of casual work opportunities.  In the rural and estate sectors some said the make calls to obtain information about vegetable prices before they took their produce to market. Other groups, such as young people, who engage in studies, sometimes informed their friends by phone about tutorial classes.
M-finance as a consumption smoothening mechanism
For most, the mobile phone had become an 'essential item' in their day-to-day life. Even though used sparingly to minimize expenditure the overall view was that the service they receive from the phone was beneficial for their social and economic well being.
We were looking for instances where a person with some credit on the phone but no cash in hand 'smoothening her consumption' by purchasing say, a half loaf of bread by exchanging credit or airtime with a neighborhood 'boutique' owner. But we did not find any such example. In fact, the mobile phone was yet to be used to smoothen their daily consumption except for one service. This service was interestingly communication services. We found common among those who we spoke to, particularly the younger group, the practice of transferring credit (airtime) to their friends to make calls when they had run of credit. The borrower repaid the lender by transferring credit back to the person who 'loaned' the credit. In the instance where users were of different networks the borrower used the phone of the lender and repaid the lender with a re-load from a nearby shop. These transactions took place within the neighborhood on the basis of relationships among them.
Use of m-finance therefore is still in its natural first step in Sri Lanka where no regulatory framework exists for mobile money. The difference between the case of paying for half a loaf of bread with airtime and that of paying for a call with airtime is significant. In the first instance, the 'boutique' owner cannot convert the airtime for cash unless he trades that airtime for cash to another party which entails a cost. Thus the incentive to substitute airtime for cash for the bread does not exist. But in the latter case that issue does not arise. Airtime is a perfect substitute for cash given that the person needs airtime. Thus the incentives are aligned for the latter trade to take place. That is why we were able to observe the extensive practice of 'smoothening of communication consumption' while not observing other types of consumption smoothening.

The barrier is not in the minds of the people but in the regulatory framework and innovation in business models to find a way to convert airtime in to cash with minimum transaction costs. In countries where m-finance is very popular such as Kenya or the Philippines, laws on m-money exist and all stakeholders act within the specified framework. Thus it is a matter of time before the Government of Sri Lanka introduces a legal-regulatory framework that will create the opportunity for service providers to arrive at a profitable model for large numbers of people to engage in m-finance that will inter alia enable consumption smoothening among the poor. Thus, soon the day would arrive where not only on the consumption side but also on the saving side poor could effect micro-savings for a fraction of the costs now involved in such transactions.