This proposal studies microfinance in the post-conflict context. It involves fieldwork including interviews and participant observation with microfinance institutions (MFIs) in Juba, the newly established capital of semi-autonomous South Sudan. This is a timely project about a pressing problem: the lack of well-implemented solutions for repatriating refugees’ access financial services. The pressing financial and political conditions especially relating to extreme inflation, mass in-migration, and peace between previously warring factions make this research site important for timely knowledge production about the issue. This project will ask participants how they make sense of microcredit. 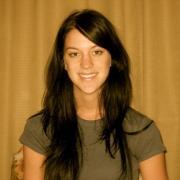 Crystal Murphy Morgan is currently a PhD student at the University of California, Irvine in the Department of Planning, Policy and Design. She has a BA in Spanish and Anthropology from Vanguard University, and a master’s degree in Urban Planning from the University of California, Irvine. She worked for a community-based organization in Lira, Uganda and is a research affiliate for the Center for Unconventional Security Affairs and the Center for Global Peace and Conflict Studies.

One hot August lunch hour, I sat at an outdoor restaurant. As common for an outsider, I was greeted by the spot’s regulars and obliged their request for my mealtime company. After introductions and some chatter about what I was doing in Juba, we began a conversation about my research topic, which they found oddly quotidian and uninteresting. Strikingly, by the end of our meal, they were shouting over one another. We might have called that meal a “living narrative” interview, wherein the “participants” grew to work out their truths through the interpretation of the others’. All I did was ask whether they knew anything about microfinance and exchange customs of the town. One of the biggest challenges for economic development practitioners to surmount in Juba is that of currency exchange related to cross-border transactions. Because there is so little (albeit rapidly developing) infrastructure, everything from food to building materials must be imported from neighboring countries. Business people incur losses in each transaction, currency exchange, and cash transfer. These are important issues for microfinance institutions to think critically about. Microfinance institutions should consider disbursing loans in different currencies based on the needs of their clients. At this point, they are unable due to the limits of the central bank’s monitoring, international monetary standards, and changing flows of desired currencies. Therefore, the onus of these transfers and projected losses in exchange is on the clients.

This conversation, which I will call “The Great MPESA–Western Union Debate”, depicts some of the rich calculi of scales that women and men in Juba, this transnational city as it were, conduct with fluidity and frequency. What is important to realize in the study’s vignette at hand, is that the social relationships described above span not only the town itself, but also peoples’ penultimate and even manifold places of residence before coming to Juba. These debaters, who frequented this restaurant with a Swahili name, had been living in and around Nairobi, Kenya during the war.

MPESA has grown so much in the last several years that its mobile operator, Safaricom, is nearly ubiquitous in Kenya. Many mobile phone users in Kenya might not make regular calls with their Safaricom SIM card often, as they explained that it is not the cheapest carrier. Most maintain the account so they can make money transfers. Many scholars have observed the varied ways this mobile technology has been used in unanticipated ways by unanticipated clients, and has influenced social relationships of said users.

While MPESA funds are very easy to send and access for an average resident of Nairobi, the accessibility and currency conversion issues present in Juba are more complicated. Further, in Juba sending services are only offered in one place that recently opened. Accordingly, Western Union, with its historical reliability and omnipresent branches (even offered within microfinance institutions), is still popular.

From the debate I witnessed, I learned that a Western Union user may send and receive money in same currency and the receiver can find best rate at a Forex bureau wherever they are. This is advantageous to the receiver outside Juba, whereas the insider is subject to Juba’s frustrating exchange rates. Most people agreed that in general Western Union is a better option when sending a lot of money, especially due to the fact that you must send at least $50 US Dollars or more.

On the other hand, Topeak (the stationary branch through which one can send MPESA from Juba) automatically exchanges the Sudanese Pound to Kenya Shilling upon sending. This is problematic because the exchange rate is worse. However, some MPESA users find it worthwhile on occasion, when less money is being sent. Its minimum requirement is only 60 Sudanese Pounds (about $25 USD). The losses with MPESA’s automatic currency conversion, then, are outweighed when urgent necessity of sending someone money occurs, especially if in smaller quantities.

There are other factors, though, included in the MPESA v. Western Union algorithm. These

factors do not have cash equivalents that can be counted and they have nothing to do with ease of use for Juba residents. Instead, they pertain to relationships and time. Individuals participating in the conversation took each of their decision-making processes seriously based on their relationships. These factors appeal to the senders’ sense of concern about what is best for the receivers. They include consideration of the efforts and time required for transit and dependency on business hours for each service.

Western Union, as always, operates during business hours in a stationary branch whereas MPESA allows money to be received immediately through an SMS text, or can be released as cash during business hours at a booth. One participant, for example, explained that MPESA is best for her family’s needs because she can she can send “instant money” directly to her mother’s mobile phone, and she “doesn’t need to walk searching for a Western Union” branch. Other participants, whose recipients live in more rural places, explained that the ability to receive funds due to inaccessibility of a branch or booth is critically important. Sometimes these factors, relating to the ease of access by recipients, influence senders’ choices more than the sheer cost-effectiveness that pertains to the tradeoffs of conversion losses. These debaters are savvy users of money transfer services. If you recall my point of departure, you will remember that I set out to  study microfinance. If you are familiar with MPESA’s history, you might see a connection in that it was initially founded to serve as a way for distant loan recipients to send payments. But that is not how they are using it, nor why they are using Western Union. As  mentioned above, people bring their personal and collective histories, customs, beliefs and some social relationships to Juba. But this vignette is about relationships that are not visible to the naked eye studying exchange in Juba: it is about those relationships  that transcend Juba. Namely, current residents of Juba made friends, married, had children and founded businesses with people elsewhere. Many of them maintain those relationships by phone contact, occasional visits, and also with money. Many, many returnees spent most of the last twenty years in Kenya. Additionally, a large portion of business co-owners in Juba is Kenyan. Many invite friends and family to work as staff in Juba. It follows that the Juba—Kenya network is far reaching. During the conversation, I learned that many microloan recipients and others utilize these relationships as a means of moving money across borders to  circumvent the difficulties of person-to-person transfers. This debate thus sheds light on the ways that Juba’s economy in more ways than originally thought, is predicated on those relationships that transcend the town itself.

It is still unclear, from the perspectives of those with whom I spoke, how exactly recipients spend the money. Some participants explained that they willingly and gladly send parts of their microloans as care-taking money for children back in Nairobi. However, these passages of microloan and other earned monies may or may not be pure remittances as it might appear. Others explained that they frequently send money with instructions to purchase goods and send them with someone they are aware is coming to Juba (although neither person may know them first-hand) and can deliver them. The above occurrences represent fundamental shifts in the modes of purchasing and reselling that micro-entrepreneurs undertake through external transfer programs. They also indicate a shift in consumers’ evaluations of investment—that parts of loans are earmarked for family education or rent, rather than business boosting, as the loans are designed to do. Is this or is this not problematic for the microfinance vision of building and strengthening a local economy?

Post-conflict development practitioners pursue modes for capacity building. Regardless how institutions intuit their programming will accomplish this, there are many cases where people creatively manipulate program tools to build capacity in ways they see most fit for them. Whereas microloans are intended to be injections of borrowed capital to small businesses, some users may see their ability to divert those funds toward their broader definitions of capacity, to things like family support above, or in other cases , livestock and other less liquid objects that users find valuable to their personal economic security. Since, in post conflict societies, currency (especially state currency) tends to be fallible, users conceive of these transfers as prudent measures. Of course, from the outside, the purpose of a microloan is to build microenterprise capacity whose profits trickle around the society—so if the loan is removed from cash circulation domestically, then perhaps these practices fail to exhibit the value-added promises of economic stimulation. But we cannot yet reject the possibility that clients’ repurposing them, as they evaluate their options to spend the loans, in fact improve their circumstances.

Traditional evaluations of microfinance projcets can only show part of the picture of the everyday lived experience of microfinance interventions: they may not be understood or articulated by program participants in terms of repayment or arrears. It is for this  reason this project steps out of traditional methodologies and focuses on lived realities of microfinance, for clients and purveyors of the programs, as well as those living in Juba who simply hear about how it works for others. Thus, rather than attempting to understand development program rationale for evaluation, and instead the ways in which people live them out beyond typically measured indicators to know not only whether they work, but how.