This dissertation project examines the relationship in social practice between forms of commercial capitalism and microcredit based economic development in Paraguay’s free trade zone of Ciudad del Este. This project is an effort to triangulate the modes of social regulation that produce forms of obligation and attachment through debt instruments as well as the modes of social differentiation that separate and distinguish different forms of credit in Ciudad del Este for businesses that face pervasive economic exclusion. 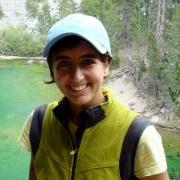 Caroline Schuster is a doctoral candidate in the Sociocultural Anthropology department of the University of Chicago. Her research interests center on microcredit-based poverty alleviation programs, which build on training in Development Studies at Stanford University, where she completed her undergraduate degree in 2005.

This research project is an ethnographic investigation of a microcredit-based development initiative in Ciudad del Este, a commercial “special customs zone” on Paraguay’s triple-frontier with Brazil and Argentina.  As a border town, much of the economic activity in Ciudad del Este is based on cross-border trade.  I began this project with an interest in how development projects that aim at financial inclusion operate in a city already configured by extensive commercial activity: even marginal neighborhoods in Ciudad del Este are caught up in the financial flows of cross-border trade and petty arbitrage.  If the microfinance Non-Government Organization (NGO)— Fundación Paraguaya —is working through solidarity loans to foster entrepreneurship in its  committees of women entrepreneurs,  how is the institutional notion of entrepreneurship similar to or different from the lived-experience of commerce in the ‘special customs zone?’  How does microcredit-based development fit into the many small-scale credit options available in Ciudad del Este? Through eighteen months of participant observation with Fundación Paraguaya, its clients, and officials charged with regulating financial institutions in Ciudad del Este, I have come to appreciate the many different ways that credit configures the economic lives and livelihoods of Paraguayans living along at the edges of Ciudad del Este’s commercial economy.   Through the course of this research, I have been most surprised by the complicated ways in which people manage the many time-scales that configure credit; debt is largely about deferral, then how long financial commitments can (and ultimately cannot) be postponed is a complex social process. I am finding that much of the ‘entrepreneurship’ in microcredit-based committees of women entrepreneurs involves successfully managing social relationships that transmit and store wealth over time. And if entrepreneurship is fundamentally about calibrating risk and return, then women made ‘entrepreneurial’ by microfinance must manage the risks and rewards of joint social and economic obligation as well as the uncertainties of their business ventures. And since credit is a financial technology that extends into the future, much of the work of committees involves not just individual enterprise, but rather successfully cultivating those relationships and seeing them into the future as well. f credit and development initiatives both are an effort in some sense to ‘see into the future,’ how do the obligations produced by microfinance reflect both the predictability and rigor imposed by the financial technology [with its intransigent payment schedule and cyclical scaling-up of both credit and savings], as well as the uncertainties of the ‘solidarities’ imposed by joint-borrowing?  My research engages with the many modalities of credit and debt that organize daily economic life in Ciudad del Este and the sites of authority that produce and (or foreclose) those relationships of credit and repayment (or non-payment). Microcredit is surely not the only source of credit for poor women working in the informal economy on the border. Microfinance borrowers often pay for home appliances on installment plans, pay a monthly quota for their land parcel, have a tab at the local grocery shop, and have multiple small loans with both formal and informal lenders. The authority to lend as well as to borrow, and the power to speed up or slow down payment or repayment are all economic processes; they hinge in part on what might be broadly glossed as ‘market mechanisms,’ but also are caught up with the micropolitics of kinship and neighborhood, as well as national concerns like Paraguay’s wide-reaching credit check service, panoply currency exchange rates (especially on the border), and national banking laws and regulations.
Gender, commerce and entrepreneurship
The puzzle of ‘commerce’ is particularly perplexing for me, because most of my data deals with acute poverty. Many of my contacts claim that they are sogué (Guarani word meaning lack, not enough). Sogué is conjugated as a descriptive adjective—a personal characteristic—not a noun or transitive verb (a state or condition) like in English, which might imply a temporary condition. How is it that people who are persistently and inescapably sogué, or necesitando (v., needing) also merchants and entrepreneurs? And must we rethink vocational categories like merchant and entrepreneur to incorporate their economic endeavors? Much of the value of “committees of women entrepreneurs” in Ciudad del Este is their capacity to incorporate relationships with strangers [it is common to distinguish between conocidos (people who know one another) and persona ajeno(a) (‘others,’ strangers)], and turn those relationships with strangers into intimate relationships that can sustain and transfer wealth. This guards against the vulnerability of personally being sogué, if one can count of having economic support when one is “needing.” Commerce and conditions of need are mutually linked while also aimed to mitigate one another. Microcredit is a particular instance of credit, used in the case of Fundación Paraguaya to promote “committees of women entrepreneurs.” How, then, does “entrepreneurship” fit in with the question of (1) credit [especially credit directed at poor women] and (2) commerce? How do the cycles of time/(logics/rigors/payment structures) within microcredit structure commercial relations within the group, and connect the group to other socially meaningful individuals or collectivities? “Committees” are very good at mobilizing kin and neighbor relations to capture and accumulate value in order to repay loans to the microcredit organization (via neighborhood raffles, bake sales, parties, &c). What does this mean for the circulation of wealth within a “solidarity group”, if it is constantly sustained by the influx of monies from relationships that span and connect the committee to other social groupings? And how might these linkages relate to ideas about “entrepreneurial” activity?
Being able to take advantage of a “good deal” often relies on having the authority to manage a multitude of obligations and connections in ‘real time.’ That sort of authority is highly gendered for my contacts in “committees of women entrepreneurs” because women in particular are enmeshed in a dense web of obligations and commitments; obligations that are often “cotizado” (valued, estimated, paid) in a staggering variety of media and which ‘come due’ over short and long term cycles of debt and repayment. Caring relationships are caught up with economic relationships, particularly for women; there are specific types of “return” (food, cleaning, care-giving) that are highly gendered and only occasionally remunerative, but which cement women’s self-production in ways that often intercalate with work related to commerce and credit. This project is an attempt to track the many sites of social obligation that regulate economic activity. This is especially important for highly regulated microcredit-based development projects, which, at first glance, might seem like a unique case with few similarities to ‘normal’ markets and economies. However, I would like to argue that the solidarities (or lack thereof) that configure microfinance are not all that different from the questions of authority, temporality, risk and value at the heart of credit relationships generally. Development projects with a mission of poverty alleviation share many affinities with the aspirations, hopes and fears that lead us to anticipate economic outcomes and plan for our financial future. Living on credit is a reminder that few economic processes are merely transactions based on a one-time exchange, but rather involve complicated relationships built over time and including many intercalated obligations and responsibilities. In Ciudad del Este, a city with a commercial economy where value and price are indeed often equivalent (as neo-classical economists postulate), the instances of non-equivalence—where multiple values are at play and often inconvertible or non-transferable across circuits of relationships—are particularly telling.