The project aims to study the social practices and relationships involving money and non-monetary objects used as money or in exchange for money among contemporary Altaians, semi-nomadic pastoralists in the remote Altai province on the Russian side of the Mongolian border. Despite socio-economic modernization, which started in the 19th century and intensified during the Soviet period, livestock continues to maintain a dominant position today. Farming, hunting, and gathering provide Altaians with additional resources. According to official statistics in 2008, monthly wages in agriculture in the Altai Republic was three thousand rubles or about $100. Almost 90% of unemployed residents of the Altai Republic are rural dwellers. Thus, the vast majority of Altaians live in poverty. Despite this, a significant number of Altai villagers use mobile phones, one of the uses being to activate credit cards with commercial banks to get cash. This study seeks to document ethnographically daily life among the Altaians: living in villages, working in schools, health facilities and other institutions, as well as the unemployed and pensioners, as they begin to participate in a monetized economy. 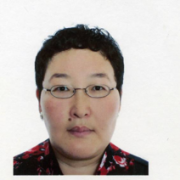 Svetlana Tyukhteneva graduated with an MA in history from Altai State University, Department of Archaeology and Ethnology, Faculty of History, Russia in 1989. She received her PhD in Ethnography, Ethnology and Anthropology, Center for Asia and Oceania Studies, Institute for Ethnology and Anthropology of RAS, Moscow, Russia in 1996. She is currently at the same Institute, continuing to explore the culture of Altai. She is the author of two books (one co-authored), has written more than 50 publications in journals and collections of articles, and is an expert of the Network for Ethnic Monitoring and early warning of conflicts in the Republic of Altai. The Altai Republic of the Russian Federation is located in the south of Western Siberia, along the Russian border with Kazakhstan, China and Mongolia. Its population is about 211,000 people, who occupy 243 rural villages and one city. Seventy-four percent life in rural areas. People are farmers and herders, with cattle being the primary source of income and store of value. Pine nuts are an important export; they are collected and sold to brokers who sell them to processing plants in Russia and especially in China. There is only one meat market, in the city of Gorno-Altaisk. There are no regular produce markets. People grow forsubsistence and engage in some trading among themselves. The research found that among Altaians money takes many forms: cattle (live animals and meat), gold and silver jewelry, furs, cloth, and alcohol. Altaians use state-issued paper bills and metal coins, as well as plastic bank cards, just like everyone else in the world: to buy food and other essential goods, pay bills for electricity, water, gas and taxes. But with coins they also make offerings to local spirits and masters, and this practice is related to their ritual life. Different kinds of money are used in different situations, usually during rites of passage. These include traditional rituals associated with childbirth, weddings, funerals, and modern family celebrations associated with duties in the army, or the obtaining a diploma.
At present, the mobile phone is being added to a monetary ecology that consists of four main forms of money, used as media of exchange as well as for storing value: 1) State-issued currency in the form of paper and metal coins. In addition to the Russian ruble, Altaians used the U.S. dollar and European euro for their savings. And, as a rule, from 2009 on they have used the ruble in bank deposits, and dollars and euros in cash kept in the household. Debit cards have become more common with the cashless payment of wages for some workers in the city. Typically, this is a plastic card with a chip from the Savings Bank of Russia (“Sbercard”), and rarely cards of international systems Visa and Maestro. Coins have ritual purposes, and one finds coins of many denominations and from various countries left as offerings in streams and rocks by the roadside. 2) Vodka (alcohol) as the equivalent of money. “Half-liter” (otherwise known as kabak araki (tavern liquor), ack araki (“white liquor”) in Soviet and early post-Soviet era was a standard acceptable for all services. Today, the system operates as before. People make oral agreements for payment for agricultural work: digging a garden is 400 rubles (US$13) a day; mowing hay is 500 rubles a day. A study of the cash needed to conduct life-cycle rituals like a wedding found that over 60% of the amount is for the purchase of alcoholic beverages. As a rule, for the wedding to buy at least 10 crates of vodka, 10 crates of wine, beer (in a wooden box fits a standard 20 bottles of vodka a capacity of 0.5 liters, in a cardboard box - 12 bottles of the same volume.
The photo show a notebook recording the required amount of alcohol for the wedding, and the boxes of vodka brought by relatives of the groom to the bride’s relatives. The wedding required 10 boxes of wine (no amount specified) and vodka (7900 rubles), 7 boxes of beer (1120 rubles), 6 bottles of champagne (300 rubles), 5 bottles of cognac (350 rubles), 10 bottles of expensive vodka and fine wines (500 rubles), 6 packs of juice and 10 liters of other alcohol. The alcoholic beverages were not for drinking at the wedding: most was given to members of the family, relatives of the organizers of the wedding who could not come, and for gifts to send home with wedding guests. During the “stag and hen” ceremonies, which stylize courtship, alcohol is conceptualized and articulated as the “price” of the girl. A person who has received from the organizers of the wedding these gifts of alcohol treats it specially, upon each occasion of its consumption telling one’s guests that the drink was obtained after the change in status of the daughter of a certain family into a wife. Similar to the North American potlatch of accumulation and consumption, the distribution of alcohol creates social capital. In assessing weddings people say, “At the wedding of _____ there was a lot of alcohol,” and this expression means that the wedding hosts have very good relationships. 3) Animals are also equivalent to cash. The word “mal” in the Altaic language refers to both livestock in general, and horses in particular. Mal in the sense of “cattle” is an important economic concept and a customary legal term, as it covers both the main spheres of Altaians (animal husbandry), as well as the main object of customary law (livestock). Mal also has the sense of “ownership” and “property.” In the contemporary Altaic language “livestock” implicitly contains the values of “money,” “property,” “wealth,” “good,” and “food.” According Turkologist NA Baskakov “mal” was borrowed from Arabic. In Arabic, the word means “money,” “property,” and “goods” but not “cattle.” “Property” in the Altaic language eventually came to designate a wide range of concepts, including values such as “pet,” “cattle,” “wealth,” “property,” “money,” “wild animal,” the property of the spiritual masters of the landscape, and the sacrifice or offering left in spirit areas. When the Altai people say about someone, that person has maldu-ashtu (a cattle-food), they imply that he or she also has a sufficient amount of money. Typically, Altaians give animals to children at the completion of their first and twelfth year of life, as well as a wedding gift. Giving cattle means giving potential, possible money that you can get in the future by selling the annual offspring of cows, sheep or horses. Another important aspect of the concept of mal is the equivalence and interchangeability of the soul of a man (the owner) and the soul of his horse. Giving a man a horse recognizes his full personality and his potential to become the owner of a large herd. 4) Fabric is cash equivalent that is also used in wedding rites. A length of three to five meters of material is used as a belt. This is usually cotton or silk cloth. In preparation for the ceremonies relatives bring fabric as a gift. The bride and groom cut fabric for belts. Since over 100 belts are may be needed for all the guests,  the operation requires 300-500 meters of cloth. Belts made of silk, especially dense Mongol silk. Fabric is also collected, stored and distributed as financial assistance. This form of value storage is due to the recent history of the Altaians. Prior to the 1920s, Altaians purchased fabric rolls (in exchange for livestock or for money) to always have a stockpile of material for clothing. 5) Mobile phones and electronic money. Mobile phones have been widely used by Altaians since 2002-2003. Widespread phones became possible after the appearance of specialized shops that sold on credit. Mobile phones are highly valued: I repeatedly heard: “How good that there are mobile phones,” and “I can not imagine how we could have lived without mobile phones!” Mobile phones are valued among Altaians for the mobility they confer, exactly as how the horse gives a man mobility. Despite the fact that the mountainous terrain hinders mobile communication, people find ways to catch a signal. In one case a young farmer saddled his horse and rode up the mountain to its very top to make a call. Quite a number of people use two mobile phones and several SIM-cards, playing on the possibilities offered by mobile operators in the form of bonuses and promotions. Mobiles can be given as gifts for birthdays, a new year, after graduating from high school, but not as a gift for weddings. People generally understand and trust the process of money transfer to the account of the subscriber. People with credit cards can use them to recharge their mobile phone.
Coda
The study was conducted during the global financial crisis, and this factor permitted the researcher to paint a vivid picture of life on a remote part of the Russian border during difficult times. The financial crisis has reached even Altai and has had negative effects on interpersonal relationships – especially where matters of money are concerned. At the same time, Altaians’ forms of reciprocity and money have survived their recent transition from a nomadic to sedentary way of life. The different forms of money used in Altai, and generalized reciprocity: these are the foundation on which the economy rests.