Banking and Microfinance in Brazil

This research focuses on new policies and programs in Brazil such as family grants, popular banking and credit initiatives, correspondent and mobile banking, microcredit, credit cooperatives and credit guarantee programs since price stability and transition from military rule in the 1990s. Interviews with bank correspondent institutions and clients in poor areas of São Paulo city will expand research underway at the CFGV-EAESP Center for Studies in Microfinance and inform articles to be submitted to scholarly journals. 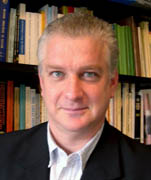 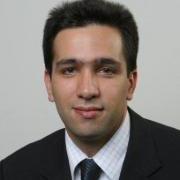 Lauro Gonzalez holds a PhD in Economics from FGV-EESP. He was a Visiting Scholar at Columbia University in 2004 and a fellow of the Microfinance Management Institute (MFMI) in 2005. Currently, he is Professor of Finance at FGV-EAESP and head of the Center for Microfinance Studies at the same institution. He has been lecturing and presenting research in Brazil and other countries, such as China (University of Beijing, 2008 and 2009) and the United States (Stanford University, 2008). 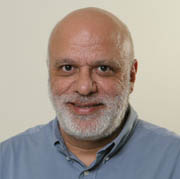 Professor Eduardo Diniz holds a bachelor's degree in Electronic Engineering (EESC/USP), and a Master's and a doctorate in Business Administration (FGV-EAESP). He was a visiting scholar at University of California, Berkeley (1996-1998) and at HEC Montreal (2007). He served in the Systems Management Department at FDE - Fundação para o Desenvolvimento da Educação, no Governo do Estado de São Paulo (1995). He has been a professor at FGV-EAESP since 1999 where he was the coordinator in several research projects. He has articles on technology applied to banking business and electronic government published in Brazil and abroad. At present he is the chief editor of Revista de Administração de Empresas (RAE) and GVexecutivo.

To see some of their previous work, produced by Eduardo Diniz in the Autazes in July 2009: Our research focused on new microfinance products and services at the Brazilian Federal Government Savings Banks (Caixa Econômica Federal, Caixa) in the far East End of São Paulo to assess advances and challenges toward social inclusion at the most critical point, that is to say the large urban poor districts of Brazil. Aggregate data on banking and demographics clarified the major challenge for social banking in Brazil: The persistence of urban poverty in large middle-income or emerging country. The Caixa´s dual mandate as agent for federal government social policy and savings bank specializing in urban development and down-market banking services provides an alternative model to private bank and financial market driven microfinance that has come under increasing scrutiny in recent years. microfinance in a large but underdeveloped banking system in Brazil that has nonetheless experienced significant progress in terms of reaching previously unbanked citizens (an estimated 80 percent of Brazilians in 2000). Simplified bank accounts and correspondent banking have proven the most important mechanisms for inclusion of bankless Brazilians. However, instead of private bank and market based forces, the federal savings bank, Caixa Econômica Federal, has led in terms of new policies and services. Demographic data from the far East End São Paulo region and Guaianases district dramatize the critical problem for banking and social inclusion in Brazil; that of urban poverty and worsening social conditions for those worst off during the 1990s – a period of economic reforms and transition from military rule. Further data from the Caixa at the level of branch offices in East End São Paulo provides a closer look at the products and services most important for social inclusion and sound banking. Researchers conducted 114interviews with Caixa staff and clients at two branch offices and owners, staff and clients of four bank correspondent shops.

We believe that the dual mandates of social policy and down-market banking at the Caixa may provide alternatives to the predominant models for microfinance based on private banks, cooperatives and financial markets.