The project will explore individual, family, household, and kin-group sources of income and expenditures as well as commodity aspirations, experiences with monetary institutions, and local notions of budgeting. It will map networks of monetary relationships to see the relationships and tensions between money, traditional kinship and morality, changing notions of the family, and modern individualism. Additionally, the project will investigate the symbolism of money, and the ways that Eastern latmul correlate money with traditional magic and esoterica. The study will also probe patterns of gender differences in the use, sharing, and perception of money as well as financial literacy and the utilization of banks. Most uniquely, the project will explore local perceptions of the cost of parenting and childhood. The goal is to formulate conclusions that will enhance the scholarly understanding of money among formerly stateless peoples who are now incorporated into the postcolonial nation-state, conclusions that will also be useful to policy-makers and agencies seeking an ethical incorporation of these communities into the global economy. 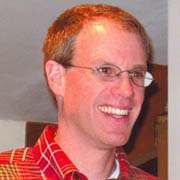 Eric Silverman is Associate Professor of Anthropology in the American Studies and Human Development departments at Wheelock College in Boston, USA. He is also a Visiting Scholar at the Women’s Studies Research Center at Brandeis University. Since the late 1980s, Eric has conducted research among the Iatmul people in Papua New Guinea, studying ritual, identity, gender, families, children, and modernization, among other topics. Eric received his PhD in Anthropology from the University of Minnesota. He has published many articles, chapters, and one book about the Iatmul. His study about money is part of a wider project titled “Modernizing Men and Families in Postcolonial Papua New Guinea."