With the collaboration of MIC Tanzania Limited, a baseline cross sectional study will be carried out analyzing various MFIs using the mobile money network, first by acting as an agent, then later by using the network to disburse and collect loans. This will be compared against a control group of the same microfinance institution that is out of scope. As MIC has recently been launched, the number of institutions expressing interest in participating in the project continues to grow. At the time of writing, 5 MFIs and 40 SACCOs have agreed to participate. A set of quantitative (financial) and qualitative indicators will be personalized to the methodology of the participating microfinance institution. These indicators will serve to collect, statistically analyze, compare/contrast to the control group and allow for longitudinal tracking. Little research exists on mobile banking and microfinance and no research on this scale exists. It is hoped that the research will be broadened and deepened in time using the same participating institutions, indicators and methodology to view changes longitudinally. If this paper shows that microfinance institutions can generate revenue and reduce operational costs by using mobile banking, institutions may incorporate these services as a means to strive towards sustainability, reducing dependence on external funding - an issue that constrains microfinance institutions worldwide. 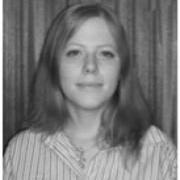 Casey Marie Conzett holds a degree in International Relations and Diplomacy from Schiller International University and is currently postulating for her Master in Microcredits for Development degree from the Universidad Autónoma de Madrid. She is a Research Associate at the Fundación Nantik Lum, a NGO dedicated to microcredit in Spain. She is a co-author of the Overview of the Microcredit Sector in the European Union 2008-2009, published in collaboration with the European Microfinance Network. 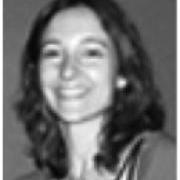 Patricia Rodriguez Pulido holds a degree in Environmental Science and an MBA from the Universidad Autónoma de Madrid and is currently postulating for her Master in Microcredits for Development degree. Her master thesis is on an impact evaluation of microcredit beneficiaries in the Dominican Republic. She has participated in the Boulder Microfinance Training that took place in Turin, Italy in the summer of 2010. Patricia has an interest in “green” microfinance - microfinance used to promote environmental issues. She has written about this subject in the Foro Nantik Lum’s Monograph number 12: Glosario Basico sobre Microfinanzas: Reedicion Ampliada. 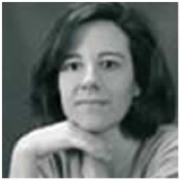 Maricruz LaCalle is currently a professor in the Faculty of Structural and Development Economics (Facultad de Estructura Económica y Economía de Desarrollo) at (UAM) where she is the Executive Director of the Master in Microcredits for Development. She is also a Senior Advisor in the Fundación Nantik Lum, a NGO dedicated to microcredit and a member of the Foro Nantik Lum de MicroFinanzas, a microcredit think tank in Spain. She has written numerous articles on microcredit as well as a book entitled Microcréditos y Pobreza: de un sueño al Nobel de la Paz. 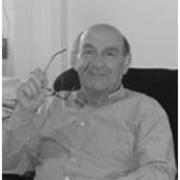 Javier Alfonso Gil is a tenured professor in the Faculty of Structural and Development Economics (Facultad de Estructura Económica y Economía de Desarrollo) at the Universidad Autónoma de Madrid (UAM) where he is currently coordinating the Master in Economic Development and Public Policy and is the Academic Director of the Master in Microcredits for Development. He has written a number of books and articles on the issues of economic development and innovation as well as participated as a lead research on various projects under the auspice of the European Union.