Beyond the Failed State: Capital Mobilization, Investment and Entrepreneurship Among Somali Refugees in Nairobi, Kenya

This study is an inquiry into the role of traditional social structures and values in developing, nurturing, and growing business enterprises in Africa, even under drastic conditions of a failed state, a fragmented war-torn society and transnational refugeeism. The study focuses on exploring the dominant patterns of capital mobilization, investment, and entrepreneurship practiced by the bulk of the Somali refugee community in the Kenyan capital city of Nairobi, including the efficacy, limitations, challenges, and opportunities of any observed patterns and processes. 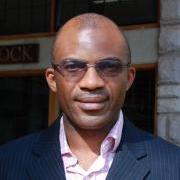 Kenneth Omeje is Professor of International Relations at the United States International University in Nairobi, Kenya and Coordinator of the UK-government’s Development Partnerships in Higher Education (DelPHE)-funded Capacity-building Project on Conflict and Development Intervention in the African Great Lakes Region. With over 20 years of professional academic experience, Kenneth holds a PhD in Peace Studies from the University of Bradford in England, MA degree in Peace and Conflict Studies from the European University Center for Peace Studies in Stadtschlaining, Austria, and a Bachelor’s degree in Political Science and Sociology from the University of Nigeria.

Until his present appointment, Kenneth was a Lecturer/Research Fellow in African Peace and Conflict Studies at the University of Bradford in the UK. He is the author of High Stakes and Stakeholders: Oil Conflict and Security in Nigeria (Aldershot-England: Ashgate, 2006); State – Society Relations in Nigeria: Democratic Consolidation, Conflicts and Reforms (ed. London: Adonis and Abbey, 2007); War to Peace Transition: Conflict Intervention and Peacebuilding in Liberia (ed. Lanham-Maryland: University Press of America, 2009); Conflict of Securities: State and Human Security in Africa (co. ed. London: Adonis and Abbey, 2010), etc. He has more than 60 publications, including contributions to international encyclopedias and articles in well regarded peer-reviewed journals. 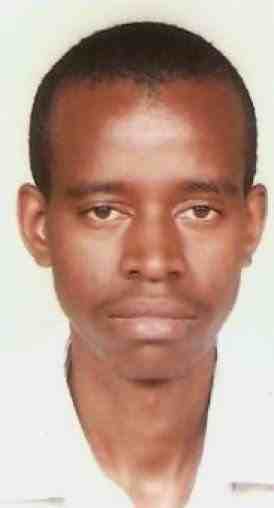 John Mwangi holds an MA degree in International Relations from the United States International University (USIU), Nairobi, Kenya and a BA degree in Communication (Electronic Media) from Daystar University in Kenya. He is a Development Partnerships in Higher Education (DelPHE) Project Assistant in  the School of Arts and Sciences at USIU and is currently working on a number of funded projects with Prof Kenneth Omeje in USIU.

This study is an inquiry into the role of traditional social structures and values in developing, nurturing and growing business enterprises in Africa, even under drastic conditions of a failed state, a fragmented war-torn society and transnational refugeeism. The study focuses on exploring the dominant patterns of capital mobilization, investment and entrepreneurship practiced by the bulk of the Somali refugee community in the Kenyan capital city of Nairobi, including the advantages, limitations, challenges and opportunities of any observed patterns and processes.

Dominant research works and narratives on fragile/failed states and the associated incidents of refugeeism, especially within the African continent are almost entirely focused on negative stereotypes that tend to perceive and construct refugees as poverty-stricken, unwanted parasites that bring undue pressure on meager state resources, and consequently accentuate the incidents of organized crime and anti-social behavior. The prolific business exploits and transnational entrepreneurship of the significantly large number of Somali refugees in Nairobi seems to shatter this well-entrenched conception, further necessitating a major empirical research.

Concerning data gathering methodology, this study adopted two methods, namely: semi-structured in-depth interview and document analysis methods. A total of 133 purposively selected respondents were interviewed and the sample included Somali refugees of various generations and business ventures/aspirations, Kenyan police officers with experience in refugee policing and deployment in Eastleigh (the Somali suburb in Nairobi), members of the rival Indian business community in Nairobi, and some of the local Kenyans that lived and worked with Somali refugee business community in Eastleigh and the adjoining suburbs. A breakdown of the interview sample is as follows: 60 Somalis (45 males, 15females); 19 local or indigenous Kenyan (9 males and 10 females); 12 Indians (11 males and 1 female) and 42 police officers (29 males and 13 females).

The study observes several factors that explain the business success of the Somali refugees in Nairobi, Kenya. One of the factors to account for their business success lies in their ability to mobilize social capital both in-country and transnationally for their businesses. The business support accorded across their kinship networks ranges from financial capital, apprenticeship, credit referencing, among other necessary business facilitations. This high inclination for mutual support and social assistance observed in the study are rooted in the people’s strong kinship tradition and cultural practices. Similarly, the Somali exhibit high levels of trust amongst themselves, a significant factor that becomes vital to their day to day businesses. The study also discusses some of the major coping strategies adopted by the majority of the businessmen owing to their being “non-documented” (illegal) immigrants, which include bribing law enforcement agents and paying Kenyan Somalis to register businesses on their behalf. The study underscores some of the ambiguities and inconsistencies in Kenya’s refugee policies, which result in the tendency to subject members of the immigrant Somali community, including bona fide refugees to unnecessary harassment by law enforcement agencies. This regular harassment is constructed as a way of policing a wide variety of transnational crimes believed to be associated with the Somali refugees.

This research recommends various policy options that are likely to be of benefit to various stakeholders, such as the refugee business community, the government of Kenya, as well as inter governmental bodies and NGOs involved in refugee affairs. Foremost among the recommendations is the need for periodic training of the state’s law enforcement agencies working in refugee environments, such as the Kenyan police, and mainstreaming of refugee issues into the curricula for training of various law enforcement agencies (police, immigration, customs, and prisons). Such a training program should inter alia focus on the policies and legislation governing different categories of refugees (including the international conventions and protocols that Kenya has acceded to) and the specific roles of the law enforcement agents. There is also the need to review the Kenyan government refugee laws, especially with regard to the rights, legal status, protection and treatment of refugees, including legal avenues and aid regarding how refugees can seek redress against any violation of their rights.

From a revenue collection, public order and national security point of view, it is indeed in the interest of the Kenyan government to come up with proactive legal and social empowerment measures that can facilitate the movement of the bulk of the members of the Somali refugee business community from the informal, invisible and underground economies in which most of them presently operate to the mainstream economy. This will of necessity include some form of recognition of the contributions of this large refugee community to the national economy, measures to regularize their stay and right to work, extension of development attention to their residential suburb and a possible enlargement of the suburb or creation of new residential districts to resettle some of them (even if on a fee paying or land purchase for self-development bases), etc. This will help to increase the state revenue base through taxation and to mitigate any nefarious roles played by the large number of undocumented underground refugees in the country.

Individual refugees and the refugee community require systematic and regular sensitization regarding their rights, legal status, relations with law enforcement agents, and so forth. The UNHCR and other international organizations working with the refugees can play a functional role in such a sensitization campaign, focusing on both camp-bound refugees and those in identifiable urban settlements such as Eastleigh. A great deal of confidence-building with the refugee communities through their various self-help organizations will be vital for the success of such a sensitization program. Similarly, the various international agencies concerned with refugee affairs in Kenya in concert with the Kenyan government need to prioritize the issue of improving the living and welfare conditions in the government designated refugee camps. A systematic, qualitative and quantitative improvement in the shelter, livelihood, welfare and security conditions in the camps, among other things, could encourage more refugees that would otherwise leave the camps for an uncertain life in the fringe of the city to rethink their options and decisions.