Deteriminants of the Demand for Micro-saving Programs in Uruguay: Motivation and Resistance to Join C3U

Roughly 25% of Uruguayan MSMEs and households are bancarized. As opposed to that, the country surpassed the 100% mobile-phone penetration mark in 2008. The above facts seem to describe Uruguay as a highly fertile ground for mobile money. In that context, STRO and the Uruguayan government have launched an initiative to introduce C3 in Uruguay by the end of 2010, being C3U an innovative monetary system that will enable MSMEs to have access to cheap capital by combining the idea of a complementary currency as well as the principles of mobile money. This motivates a study that understands the demand of the Uruguayan unbanked for mobile money and that analyzes to which degree difficulties have to be foreseen and overcome to successfully introduce mobile money in the country and to be able to leverage its effects in terms of MSMEs’ growth.

Magdalena Ramada Sarasola will lead the research project. She has over ten years of research experience and more than six years of experience in managing research and leading research teams. Magdalena holds a Master’s in mathematical Finance and a PhD in Quantitative Economics and Finance from the University of Konstanz, Germany. She is a Senior Economist at Towers Watson, specializing in the internationalisation behavior of multinational firms, and also works as Econometrics professor and associated researcher at ORT University. She is a senior researcher and founding partner of Innovation and Research Multiplier, a research institute devoted to economic and social issues in Latin American countries, which has recently developed research for the Inter-American Development Bank. Her experience in designing, implementing and analyzing surveys, as well as in theoretical and applied econometrics covers several methodological topics. Amongst other topics, she is currently researching the access to finance for micro, small and medium enterprises (MSMEs) in Uruguay and tutoring a Master's degree thesis at ORT University on the existence of a market for microfinance in Uruguay. 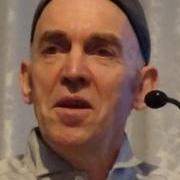 Henk van Arkel will provide overall guidance and input as an external consultant to the research team. Van Arkel is the CEO of the Social Trade Organisation (STRO), and one of the leading experts in the world on designing complementary currency systems. Van Arkel is a generalist both in his education as in his publications, which range from environmental topics in the 1970s to economy, money and philosophy from 1980 onwards. He has published several books on complementary currency systems and has developed innovative projects to tackle the underlying economic causes of social and financial exclusion. He specializes in the development of innovative systems that allow developing countries to generated sustainable development through innovative monetary systems. His vision of contributing to a different monetary structure that provides better opportunities for the poor and for the environment has guided him in a journey that dates back to the 1980s. He developed STRO into one of the world’s most prominent organizations on complementary currencies and financial innovations using IT-based networks. He also inspired the development of Cyclos, which is presently the world’s premier open source software for exchange networks. He developed the C3 method and several of its innovations, presently in use in several places in Latin America. Van Arkel has been involved in the development of interest-free financial products and was a speaker on the Fifth International Conference on Islamic Economics and Finance in Bahrain. 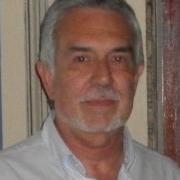 Eduardo Tarragó will provide input as an external consultant to the research team. Tarragó manages the STRO programs in Uruguay, Brazil and Central America. He studied Economics in Montevideo and Marketing at Harvard Business School. He has 40 years of work experience in developing countries. Before he started working at STRO, he was the international director of the UNCTAD's Empretec Program installing one of the biggest international entrepreneurial networks and SMEs development centers in Eastern Europe, the Middle East, Sub-Saharan Africa, and almost all Latin American countries. In that function he initiated/organized significant research, both at a country level and at a global level. Tarragó's research mainly focused on the performance of these programs and on the motivation, strengths, weaknesses and opportunities of entrepreneurs participating in these initiatives.

Read their final report, "Financial inclusion through m-banking systems: the case of Uruguay"