One of the most distinguishing features of third world countries is that they present a unique situation in which agriculture is often done by landless farmers. These farmers often work for the landowners in exchange for produce or money. They remain as tenant farmers and usually till patches of arable land generating enough produce that could suffice for their family. But sometimes, nature plays its tricks and these poor farmers lose whatever they had planned for. This paper tries to uncover how tobacco, which generates huge incomes for multinational companies, is a cause of monetary misery for the farmers. 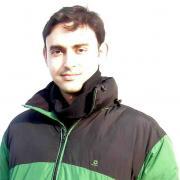 Syed Aiman Raza is an Assistant Professor at Department of Anthropology in Shia Post Graduate College, Lucknow, India. He did his PhD in Social Anthropology from University of Delhi and was also a recipient of a doctoral fellowship from the Indian Council of Social Science and Research (ICSSR), New Delhi. His research interest lies in poverty related issues across urban and rural settings in the third world countries. Questions of everyday money practices, insurance and financial inclusion remains at the heart of his research agenda. Dr. Raza is also a part of the ongoing Microfinance Research Alliance Program of Centre for Microfinance (CMAP),which is being funded by Ford Foundation.

India by far makes up the largest portion of the agricultural world, with a rural population of 2.2 billion people and massive rural poverty (about 600 million rural people below the 1dollar-a-day poverty line, half the world total) (World Bank, 2007). Moreover in India agriculture is often done by landless farmers. These farmers often work for the landowners in exchange of a produce or money. They sometimes remain as tenant farmers, taking up land on rent for a season and tilling patches of arable land, generating enough produce that could suffice for their family.

This study uncovers how tobacco, which generates huge incomes for multinational companies, is a cause of monetary misery for the farmers (landless farmers in particular).  If a grower wants to have a future in tobacco, he must spend money for it. Some of the central questions of this research are as follows:

Fieldwork was conducted at Sikandarpur village in the Basti district of Uttar Pradesh, India, among 56 households. Purposive sampling was done to select landless farmers cultivating tobacco. Semi-structured interviews conducted with the respondents along with group discussions and case studies. Participant observation was a key technique throughout study.

It was found that labour requirements are an important aspect during the full course of tobacco cultivation. Processing of tobacco needs a larger number of labourers and the wages also go up during this time. Importantly, use of fertilizers is crucial to procure a high yield, but the farmers often don’t use too much fertilizer for they fear that the landlord might evict them at any time after the harvest of tobacco, and use it for cultivating his own crops. The reason being is that there is no written agreement between the farmer and the landlord. This sometimes has a negative impact on productivity.

Being a cash intensive crop the farmers are in regular need of cash and hence they turn to formal financial institutions which are not able to provide large lump sums of money in the absence of any collateral. Hence, the farmers tend to utilize informal institutions available to them in the village. These moneylenders lend money at 5% to 10% per month, depending upon the credibility of the client. They mostly use goons to get their loans recovered from the farmers. Abusive language and threats of dire consequences are used during loan recovery from the poor farmers.

This research sheds light on the hard ground realities of how landless farmers are coping with monetary crunches. Reshaping financial services especially for landless farmers and raising the current scale of finance per hectare to the landless farmers is the need of the hour. Bankers should adopt financing through the mode of Joint Liability Groups and increase outreach to landless and marginal farmers. Furthermore, there is a need to create infrastructural facilities including ware housing and technology upgrades. A plough machine/tractor that proves to be cost effective and fuel efficient can be a boon for landless and marginal farmers. Such devices should have the potential to improve productivity and reduce operating costs for farmers who are currently using bullocks but cannot afford the cost of tractors or power tillers. Innovation is the only way out to help improve the livelihoods of the poorest of poor farmers today.

Link to his working paper: Network Linkages and Money Management: An Anthropological Purview of the Beesi Network amongst Urban Poor Muslims in the Old City Area of Lucknow, India