Money Management and Mechanism in Palestinian Economy in Multi-Currencies Context

The Palestinian economy belongs to emerging economies with GDP of 6.5 billion USD. It has unique conditions as a service economy, with a significant role in public sector contribution, including the Palestinian National Authority budget, the UNRWA budget which is allocated to Refugees that live inside the PNA territories, and many NGOs financed by international aids. In addition to that, there are significant annual incoming workers' remittances to the Palestinian economy. Finally, the most unique aspect of this economy, it has no national currency, and instead three official currencies are in use including JD, US$, and NIS. This project aims to examine how clients move from one currency to another in case of saving, loans and conducting business transactions. In addition, this proposal aims to point out to what extent internet-banking, ATMs and other electronic money instruments are used, and what major problems and technical and social issues are attached to such processes. This will cover the financial system including the official banking system, and moneychanger firms. Finally, this proposal aims to point out the practices in closeting the three or more currency positions (short, long and flat) by Banks in each of the end working days. 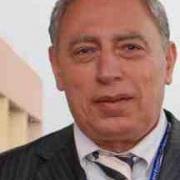 Diama Abu Laban is working as a lecturer of the finance and banking department at the College of Commerce and Economics at Birzeit University, Palestine. In addition, she works as a coordinator with Palestinian Stock Exchange in stock simulation trading program. Her major research interest is International Finance. 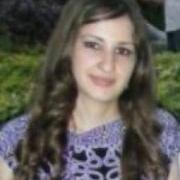 The Palestinian economy has no national currency, which has resulted in the circulation of three currencies (JD, US$, NIS) for deposits, saving, wealth measurement and trade transactions. This leads to challenges for the management of banking treasury activities in the Palestinian economy.

This research examined how clients move from one currency to another in cases of saving and business transactions. The study used multiple research instruments including: analyzing the related data to examine the relationship between changes in the value of banking deposits of each of the used currencies and their respected interest rates, as well as employing a quarterly data analysis for the last ten years. Research also involved examining the related laws imposed by the Palestinian Monetary Authority (PMA) on banks working in the Palestinian economy as well as individual banking regulations, structured interviews with bank treasurers, and questionnaires directed to selected samples of treasury staff and employees regarding challenges to the management of banking treasury and closeting of foreign currency positions.

The study found that the interest rate is not a critical factor in selecting a currency for savings and deposits in banks, as reported by clients and banking staff, and confirmed by financial analysis, which shows weak or no correlation between changes in interest rates and changes in values of deposits in banks. The study also found that the majority of banks working in the Palestinian economy imposed stricter regulations than those imposed by the PMA, while others reduced the maximum permitted surplus of a currency. The majority of treasuries' staff strongly agreed that there is need for additional legislation to cover all related transactions to facilitate the work of the treasury. The study recommends relaxing the maximum ratio of 5% imposed on each single currency held, keeping the 20% level from owner equity to the total of currencies, extending bank hours including Fridays, reducing restrictions on investments outside Palestine, and permitting trading in options and future transactions.